Quick retirement advice query: how much do you need to save for your twilight years? If you say “80% of my income now” then you have a benchmark. And it might be too much. 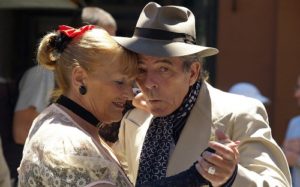 According to research, the 80% replacement rate is a bit of an overstatement. The mismatch stems from assuming that the retiree will live out another 30 years. This isn’t always possible, and some people might live shorter lives or spend far less than expected.

Models also tend to assume that the retiree won’t adjust their spending as circumstances change. This isn’t the case, as people do tend to change their spending habits on retirement. The replacement rate is usually more useful for someone who isn’t near retirement age yet.

One thing that makes it vital to adjust your goals is that once you hit the late 50s, spending tends to plummet. This is especially true if you have a higher income. On average, people tend to spend less the older they get, perhaps due to assuming they’ll need it for their retirement.

There are also all sorts of smaller costs that go away when you retire.

Upon retirement, the need for transportation falls anywhere from 20% to 26%. Clothing and miscellaneous expenses also fall similarly, while expenses on food go down closer to 15%. This can mean a considerable amount of money ends up disposable income.

The slower life that comes with retirement is also less expensive. There’s no need to pay for new outfits to impress at work, no pressure for a quick lunch when you can take the time to make a cheaper one at home. There’s less pressure from the rat race for you to keep up.

Housing tends to go down after retirement, particularly in the early stages. Housing tends to eat up a huge share of the income of those who are still working. In fact, in some, it can eat up as much as 47% of the total expenses pre-retirement.

If it’s possible to pay off a mortgage before retirement, that can cut expenses by a huge margin. If you live at home rather than elsewhere, that also cuts costs.

However, there is one area where spending increases in retirement. This is healthcare.

Medical needs to go up to 19% from 8% on average. As one ages, that can potentially increase. If you didn’t have healthy habits before retiring, those are going to catch up to you in a few years. This tendency is what makes retirement seem significantly more expensive than it is.